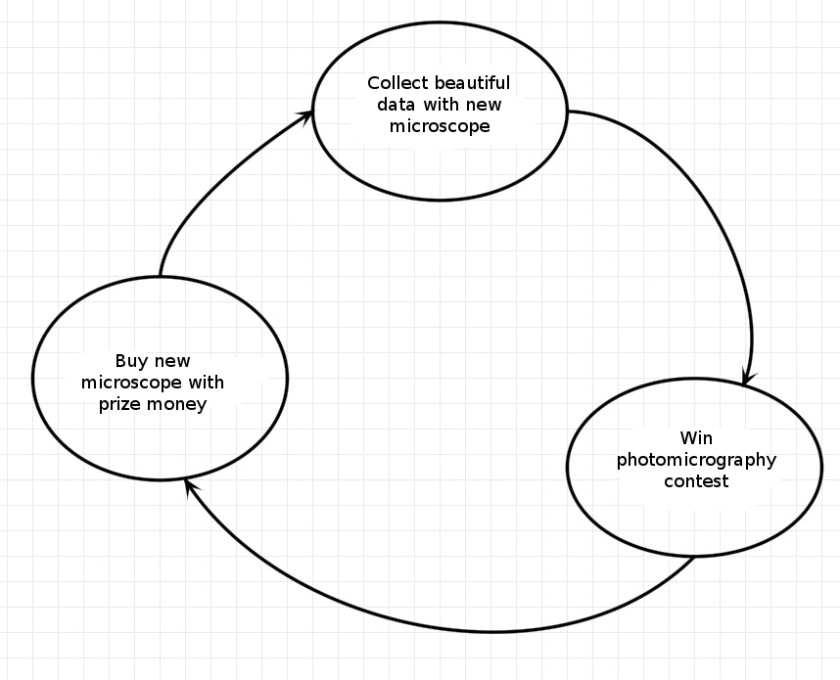 It is almost time to dust off your cover-image quality photomicrographs and enter the Olympus Bioscapes microscopy contest. According to the techniques used by contest winners since the contest’s inauguration in 2004, the best way to better your chances is to use a confocal microscope. A side-effect of inventing a technique that wins a Nobel Prize is that eventually it becomes run-of-the-mill, and “conventional” widefield fluorescence also makes a good showing. Biophotonics purists will find plenty to like as well: transmitted light microscopy is well represented in a smattering of techniques including differential interference contrast, Zernike phase, polarised light, Rheinberg illumination and Jamin-Lebedeff interference 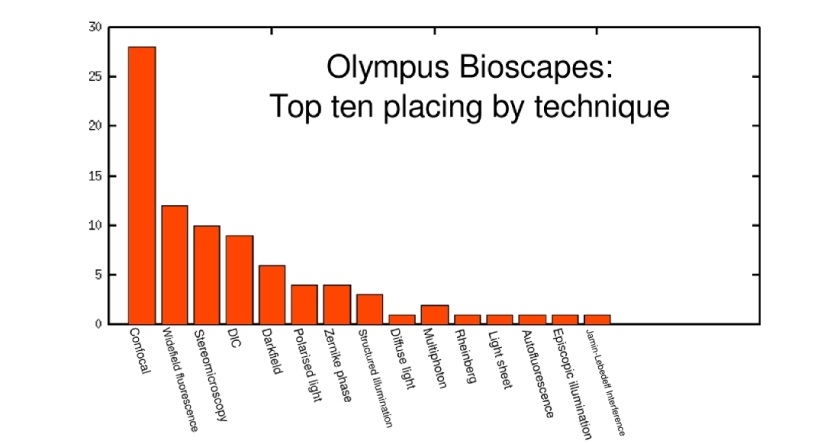 Confocal may be at the top of the heap at the moment, but transmitted light technqiues continue to make strong appearances in stunning images among the top-ten places in Olympus bioscapes.

In a promising development, computational imaging techniques also find success in the contest. The broadly termed “computational optics” includes techniques such as structured illumination, in which the patterns in several images (rather uninspiring on their own) are combined to give a computed image with resolution just slightly better than the physically imposed law of diffraction. Also in this category is light sheet microscopy, which creates nice images on its own ( and has since the Ultramikroskop [pdf]from 1900), but is even better suited for combining many images to form a volume image. In my opinion, treating light as computable fields, equally amenable to processing in physical optics or electronics, is the enabling philosophy for the next deluge of discoveries to be made with biomicroscopy.

Compare the winningest techniques from the Olympus contest with those of the Nikon Small World contest below. Interestingly enough, confocal microscopy falls behind the simpler widefield fluorescence in the Nikon contest, and both have been bested throughout the history of the competition by polarised microscopy. Some of the differences in Olympus and Nikon contest winners may be due to the timing of technological breakthroughs. Bioscapes began in 2004, while Small World has been in operation since the late seventies. The vogue techniques and state-of-the-art have certainly evolved over the last four decades. 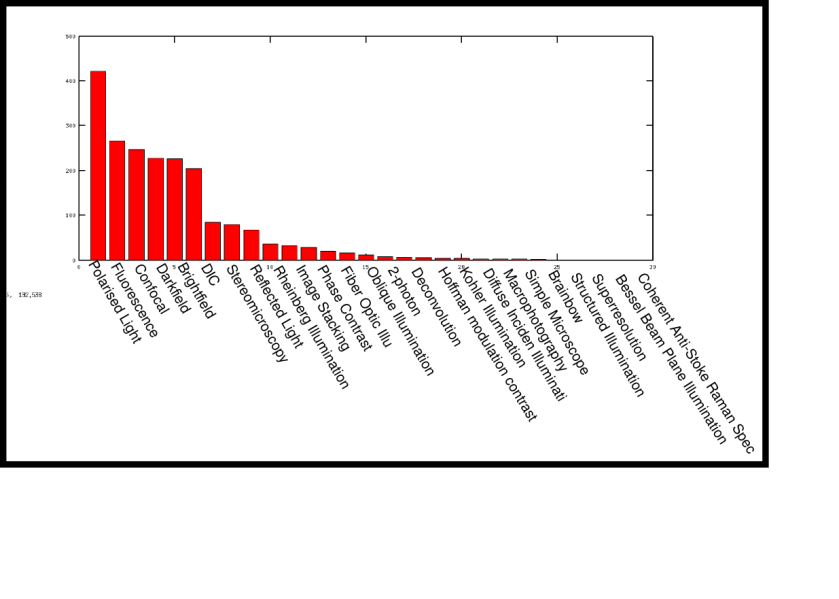 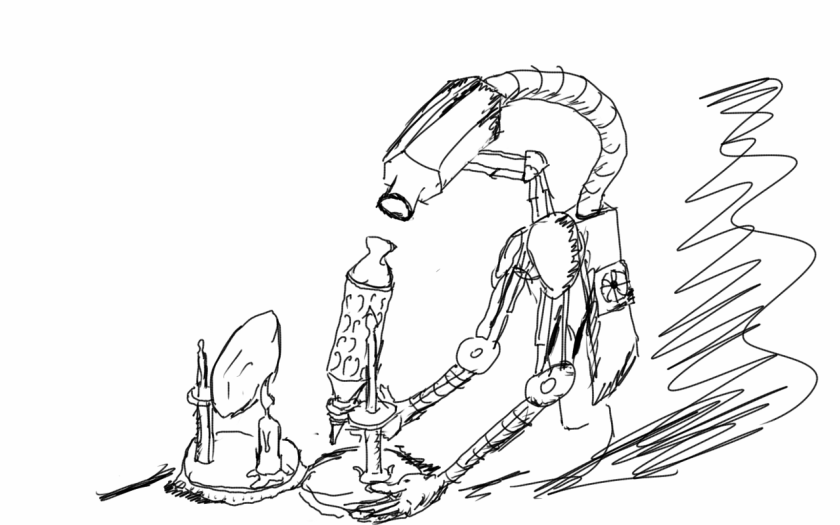 This was my (unsuccessful) entry into last year’s Wellcome Trust Science Writing Prize. It is very similar to the post I published on the 24th of June, taking a slightly different bent on the same theme.

The Latin word skopein underlies the etymology of a set of instruments that laid the foundations for our modern understanding of nature: microscopes. References to the word are recognizable across language barriers thanks to the pervasive influence of the ancient language of scholars, and common usage gives us hints as to the meaning. We scope out a new situation, implying that we not only give a cursory glance but also take some measure or judgement.

Drops of glass held in brass enabled Robert Hooke and Anton van Leuwenhoek to make observations that gave rise to germ theory. Light microscopy unveiled our friends and foes in bacteria, replacing humours and miasmas as primary effectors driving human health and disease. The concept of miasmatic disease, a term that supposes disease is caused by tainted air, is now so far-fetched the term has been almost entirely lost to time. The bird-like masks worn by plague doctors were stuffed with potpourri: the thinking of the time was that fragrance alone could protect against the miasma of black death. The idea seems silly to us now, thanks to the fruits of our inquiry. The cells described by Hooke and “animalcules” seen by Leuwenhoek marked a transition from a world operated by invisible forces to one in which the mechanisms of nature were vulnerable to human scrutiny. In short, science was born in the backs of our eyes.

The ability of an observer using an optical instrument to differentiate between two objects has, until recently, been limited by the tendency of waves to bend at boundaries, a phenomenon known as diffraction. The limiting effects of diffraction were formalised by German physicist Ernst Abbe in 1873. The same effect can be seen in water ripples bending around a pier.

If the precision of optical components is tight enough to eliminate aberrations, and seeing conditions are good enough, imaging is “diffraction-limited.” With the advent of adaptive optics, dynamic mirrors and the like let observers remove aberrations from the sample as well as the optics. Originally developed to spy on dim satellites through a turbulent atmosphere, adaptive optics have recently been applied to microscopy to counteract the blurring effect of looking through tissue. If astronomy is like looking out from underwater, microscopy is like peering at the leaves at the bottom of a hot cuppa, complete with milk.

Even with the precise control afforded by adaptive optics the best possible resolution is still governed by the diffraction limit, about half the wavelength of light. In Leuwenhoek’s time the microbial world had previously been invisible. In the 20th century as well, the molecular machinery underpinning the cellular processes of life have been invisible, smeared by the diffraction limit into an irresolvable blur.

A human cell is typically on the order of about ten microns in diameter. The proteins, membranes, and DNA structure is organised at a level about one-thousandth as large, in the tens and hundreds of nanometres. In a conventional microscope, information at this scale is not retrievable thanks to diffraction, but it underlies all of life. Much of the mechanisms of disease operate at this level as well, and knowledge about how and why cells make mistakes has resounding implications for cancer and aging. In the past few decades physicists and microscopists have developed a number of techniques to go beyond the diffraction limit to measure the nanometric technology that makes life.

A number of techniques have been developed to surpass the diffraction barrier. The techniques vary widely in their use of some form or another of engineered illumination and/or engineered fluorescent proteins to make them work. The thing they have in common is computation: the computer has become as important of an optical component as a proper lens.

New instrumentation enables new measurements at the behest of human inquiry. Questions about biology at increasingly small spatial scales under increasingly challenging imaging contexts generate the need for higher precision techniques, in turn loosening a floodgate on previously unobtainable data. New data lead to new questions, and the cycle continues until it abuts the fundamental laws of physical nature. Before bacteria were discovered, it was impossible to imagine their role in illness and equally impossible to test it. Once the role was known, it became a simple intuitive leap for Alexander Fleming to suppose the growth inhibition of bacteria by fungi he saw in the lab might be useful as medicine. With the ability to see at the level of tens of nanometres, another world of invisible forces has been opened to human consideration and innovation. Scientists have already leaped one barrier at the diffraction limit. With no fundamental limit to human curiosity, let us consider current super-resolution techniques as the first of many triumphs in detection past limits of what is deemed possible.